Are you going to Scarborough fair.

OSET CUP NORTH ROUND 2 at Low North Camp near Scarborough.

The sun was shining on all the riders for the second round of OSET CUP NORTH at the great Low North Camp venue owned by Scarborough District Motor Club. Thanks go out to the club for the use of the land, the kids loved every minute of it. 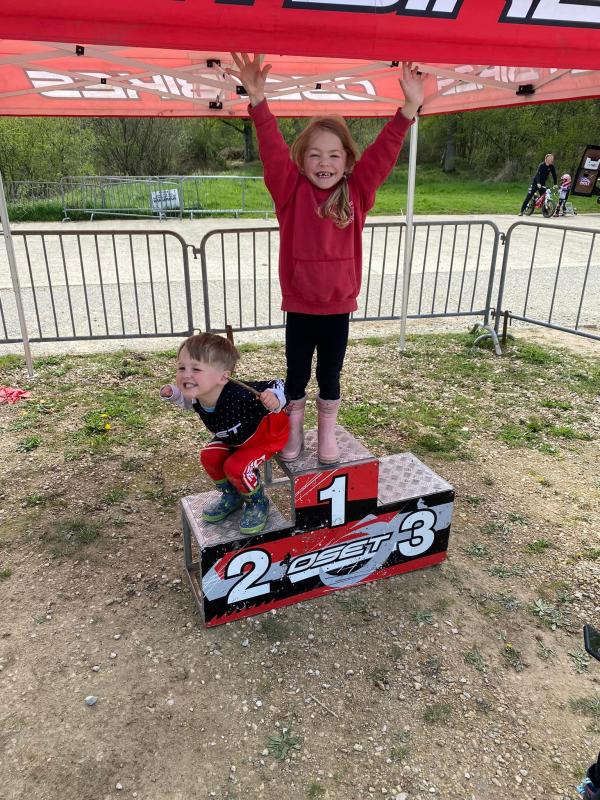 The Adam's, brother and sister who shared the same bike !!!!

We had over 30 riders again on the entry list, but we are still getting a few Covid cases. Poor Carl Batty, my usual partner in crime, for running the events was down with it, but his wife Rose and Mrs Clegg stepped up and helped out with the results, Cameron Batty and Oliver Hellewell also helped by observing two sections. I think I got the level just right when marking out. There were a few challenging sections but the scores were sensible.

Once again we had the contingent down from Scotland and they made a weekend of it. Thanks guy's for the support and kind words. We had a lot of new faces again which is great to see, not just from the local area but from across the North of England. Several riders took part on 12.5 R OSET's with a good spread of other models too. 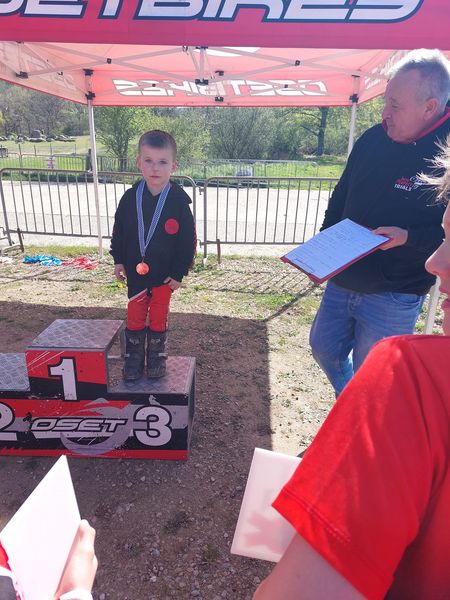 I personally observed section 3 and 4 during the day with section 4 proving to be a real tester for all the riders regardless of the route. The easy route had a climb out at the end which needed mum's and dad's to run up the hill supporting the kid's. I am sure a few lost a few pounds over the 4 laps. Young Jack Farren had the most spectacular crash of the day after doing a complete 180 at the top of the hill and coming straight back down at a rate of knots. He stayed on up to the last second and then face planted the floor. All credit to him he got straight back on and finished the trial, for which he received a special bravery award. From now-on he will be know as Jack "Stuntman" Farren. The middle route had great rides from Ruairi, Al and Cooper who made the trip from Scotland worthwhile. James Clegg, Matthew Kendall and Lennox Crawford all managed to master the huge fallen tree on the hard route after a few attempts, it was not easy. Young Josh Tate was our only Elite rider who took on the bigger part of the fallen tree and cleaned it with real flair. Several parents commented that there were stars of the future among the entry and I am sure over the years to come a few of the kids will become household names.

The next event is our camping and training weekend on 18th/19th June. I will post more details shortly. Get the marshmallow's ready as it will be a good one.